The-History-of-Roatan-Honduras – The island is rich in history including being one of the last bastions for pirates of the Caribbean. Many books have been written about Roatan and it’s rich history. The currency used primarily on Roatan is the Honduran Lempira and the U.S. dollar is widely accepted at a reasonable exchange rate. Electricity is 110 volts, so a converter is not needed for US appliances, but a voltage regulator and/or surge protector is suggested for delicate electronics, in that power fluctuates here versus being at a steady 110v. Medical assistance is enhanced by 2 small hospitals and several smaller clinics. For more major medical problems, it is just a short 15 minute flight to La Ceiba and very top of the line medical care in San Pedro Sula, with many doctors both English speaking and educations from U.S. Universities, including Harvard and other major prominent medical schools. Brief historical and ethnographical account of the Bay Islands by David Evans (dkevans@wfu.edu) The first records indicating permanent English settlements in the Bay Islands (other than the intermittent occupations by the logwood cutters and buccaneers, and the abortive attempt by the Puritan sponsored Providence Company) show that Port Royal, on the island of Roatán, was again occupied in the year 1742. In this year the British made an attempt to gain possession of most of the Caribbean coast of Central America, and in doing so, rebuilt the old fort on Roatán (Squier 1858:615-616). The archives at Belize record a Major Caulfield in command of Roatán as early as 1745. On August 2nd of that year, the Major wrote a letter to a Mr. Trelawry, Govenor of Jamaica, describing Spanish harassment of English settlements (Archives, vol. I: 15).

These settlements appear to have been well established on the island of Roatan by 1775. A map of that year, drawn by Thomas Jefferys, Geographer to His Majesty, Clearly shows essentially all of the present older settlements, bearing their current names, with the exception of Calkett’s Hole (now Coxen’s Hole) and Falmouth Harbour (now Oak Ridge). The Spanish, as soon as the early dawn provided enough light, directed a well-coordinated attack against the English at Port Royal on the early morning of March, 2nd 1782. After a heavy cannonade, detachments of the troops landed and opened regular trenches against the forts, which were so closely invested and hotly pressed that on the 16th of the month they surrendered at discretion. The lives of the defenders were spared, but all their dwellings, to the number of 500, were destroyed (quoted by Squier in 1858: 616-617). Six years later, in 1788, England completely evacuated all of her settlements in the Bay Islands as well as on the Miskito Shore. The islands then lay deserted of Europeans for almost fifteen years until 1797, when the English removed by force some 5,000 Black Caribs” (a mixture of African Negro and Carib and Arawak Indians) from the Windward Island of St. Vincent, and marooned them on the then empty beaches of Port Royal on Roatan (Squier 1858:172 and Taylor 1951: 36). Conzemius tells us that these unhappy people were first taken from St. Vincent to the small island of Balliceaux, then to that of Bequia, both in the Grenadines. At Bequia they were loaded aboard H.M.S. EXPERIMENT under the command of Captain Barrett, and then shipped to Roatan. They were landed on Roatan on a stormy day of February 25, 1797 (Conzemius 1928: 189).

According to the Honduran historian, Duracute, the British employed two men-of-war and a brigantine, landing the deportees in April, not February, in 1797 (Duracute;n 1927:99). My own (DKE) personal research both in Belize and in Berkeley indicates that this landing was indeed in the winter months, and most likely February. The History of the Garifuna, as well as the history of their most famous dance;La Punta;, seems to spiral outward from this day, whatever month it was in. Except for these; Black Carib people; now known as the Garifuna, and a few Spanish attempts to settle colonists from Spain and exiles native to the Canary Islands, the Bay Islands remained unoccupied for almost thirty more years (Parsons 1956: 9), until in 1821.

The newly-founded Central American Federation claimed the Bay Islands, and declared to be independent of Spain. No serious attempts were made to settle them, however, or to protect them from encroachment by other powers. Next came the British interest in 1825, when a Mr. Marshall Bennett, on a visit from Honduras to England, wrote a letter to the Colonial Office. He stressed the great strategic importance of possible British settlements on Roatan, at that time being claimed by Guatemala. Bennett felt the latter, not being a maritime nation, presumably did not regard the islands of any great importance. No immediate action followed this letter, and we know the Bay Islands were still unoccupied by Europeans when visited by Roberts in 1827 (Roberts 1827: 276). At some time between 1827 and 1834, English settlers began arriving on the island of Roatan. A memorandum, drafted in Belize, dated November 24th, 1834, noted that at this time the islands of Roatan and Bonacca (Guanaja) were inhabited by 50 people only, mostly English (Archivesm, Vol. II: 361).

At a convention held in Guatemala on April 30th, 1859, England, under a great deal of pressure from the United States, agreed to surrender the Bay Islands and the Miskito Coast of both Honduras and Nicaragua, if allowed complete freedom of action in the territory known at that time and until recently as British Honduras, now independent since 1974 and known as Belize. On July 9, 1860, in a message to the Superintendent at Belize, the British Consul at Comayagua (Honduras), acknowledged receipt of a dispatch informing him that the Colony of the Bay Islands were to be ceded to the Republic of Honduras. In this same letter, however, he asks that this be delayed on the request of the Honduran government, because General William Walker, the American Filibuster, intended to take possession of the islands and use them for operations against the mainland. [ The islanders were alarmed about this, and one can read a copy of the letter they themselves wrote to Queen Victoria at the Museum at Anthony’s Key Museum in Sandy Bay, Roatan. Many of the names of families are still on the island were attached to this letter. Its worth your while to drop into the museum and read it. {see Roatan Activities for details}

On July 14th, 1860, the Government Gazette of Belize ran a notice that the Colony of the Bay Islands had been ceded to the Republic of Honduras, and noted that an offer was included to island inhabitants of free grants of Crown Land, as well as transport of any movable property to any of Her Majesty’s Colonies in the British West Indies. There is no evidence that any Bay Islanders took up the Queen’s offer. The Government of the Republic of Honduras took little notice, however, being heavily embroiled in troubles on the mainland, and had little interest in her newly won possessions some 10 to 50 miles off her northern shore. Honduras took no action at all until April 12th, 1861, when her Minister of Foreign Affairs sent a brief note to a Mr. Hall, then British Consul to Honduras.

This note informed Hall that Honduras was not yet prepared to take possession of the Bay Islands, and requested that England remain patient a little longer (Archives vol. III: 239). On May 23rd of 1861, however, British patience ran out. Belize demanded that the Commandant of Trujillo visit Roatan in the near future to take over the sovereignty of the colony, and on June 1st, 1861, after having been a British Colony for less than nine short years, the Bay Islands became the ‘Departemente de las Isles de la Bahi’ (The Bay Islands), under the struggling Republic of Honduras.

As most visitors to the islands know, English is still spoken by the majority of the old islanders over thirty years of age, and is at least a second language for the majority of the somewhat heterogeneous population, even though Spanish became the official language in the year 1872. It was not until 1902, a year after the death of their beloved Queen Victoria, that many of the islands’ English population realized that their assumed British nationality and claims to British protection were no longer valid (Strong 1935:16, from Rose 1904 : 15). Jane Houlson wrote in 1934 that many islanders were still denying Honduranian nationality (p.68); and Peter Keenagh, an Englishman visiting the islands in 1938, wrote: “Since the ratification of the Treaty of Comayagua there has been a continual struggle between Islanders and Mainlanders. The island families, for many reasons, consider that their British stock is superior to the confusion of Spanish, Indian, and Negro blood which populates the mainland, and there has never been the slightest feeling of subjection; (1938: 57). Adams briefly visited the island of Utila in 1957, and noted that there were some residents there who still claimed British nationality, even though both Honduras and England agree that any person born in the islands subsequent to the treaty of 1861 are Honduran citizens (Adams 1957: 640).

The above written by Dr.D.K. Evans who has also written two fictional novels on Roatan with the use of his extensive knowledge on the island, called. I personally have read both his works ‘Judas Bird’ & ‘Red At Dawn’. Dr. Evans has two web sites please visit them both. http://www.TheJudasBird.Com http://wwwfwfu.edu/~dkevans 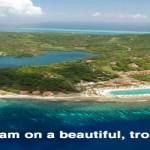 Reef out of your front door! 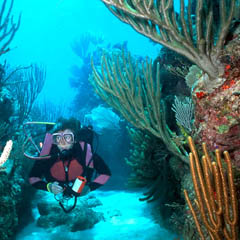 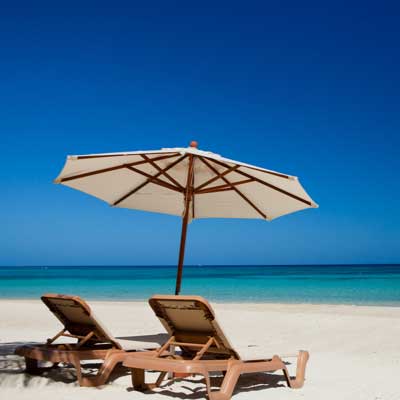 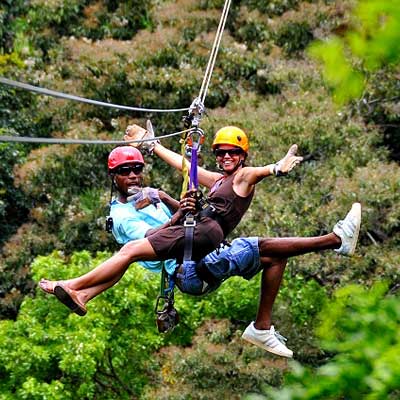 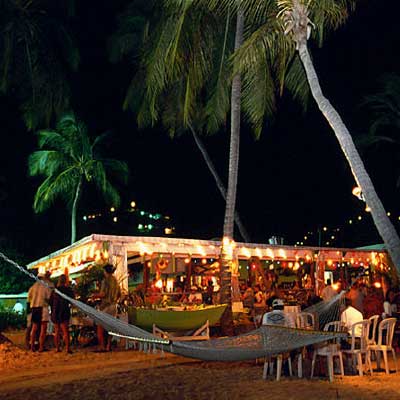 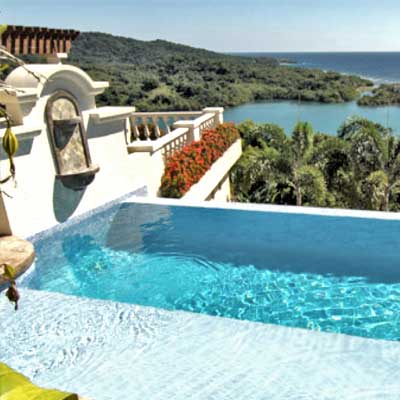 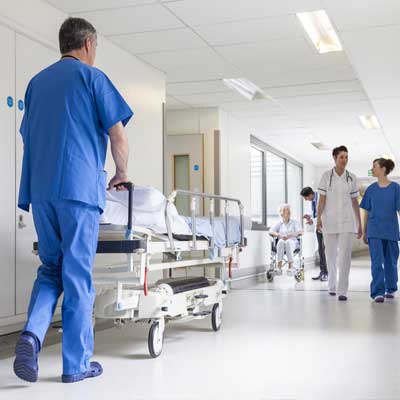 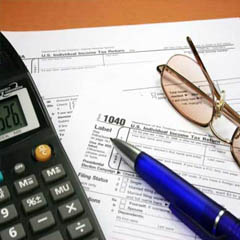 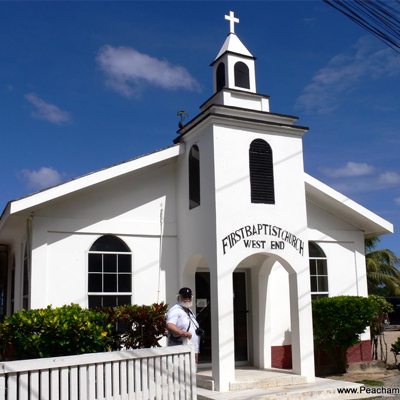 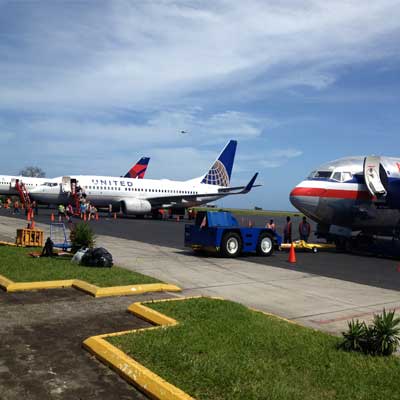